We're from the Govt;
We're Here to Help You

UPDATE! A famous Spanish chef, José Andrés, has left the Red Cross in the dust.
http://www.orrazz.com/2017/10/spanish-chef-has-served-nearly-15.html

Is there precedent for government and/or agencies interfering with disaster relief?

In Haiti, the Clinton Foundation positioned itself as donation-central. Haiti got close to zilch; the Clintons siphoned more gazillions into their never-enoughness.

And the American Red Cross? Read and weep:  Donation-lucre was collected to build houses... which never left the drawing board.

Houston? Cat-5 Hurricane Harvey roaring into view and no mandatory evacuation order was issued. In the superfund-water-wasteland which followed, locals described FEMA and the Red Cross as notable by their absence.

The "Cajun Navy" launched from Louisiana; neighbors rescued the infirm and families from rooftops. A teenage boy paddled, to apartments drowned and people trapped, on an inflatable air mattress.

And down and gritty, Texas Militia groups turned out to stop government from blocking rescue or becoming heavy-handed as in Katrina. Militia went rushing in to help when dams were opened on Houston area neighborhoods told to shelter in place.

Local Good Samaritans from undamaged coast began arriving in droves to New Orleans, by boat and truck with food and potable water. They were turned away by govt goons.

We could talk about sociopaths who rise, as scum does, to positions of power.

Local heroes, First Responders, neighbors--Texans and the Cajun Navy--locals took improv-action when Houston all but fell. 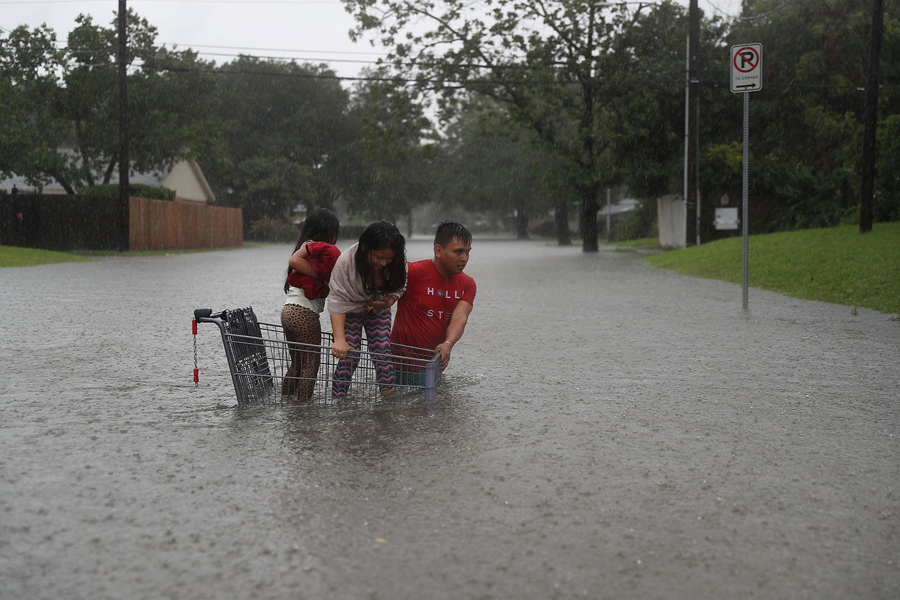 
Puerto Rico: What in the name of decency and fellow-feeling has gone awry in Hurricane Maria's wake of devastation?


Ship-delivered containers of desperately needed food and water have reached the docks of Puerto Rico.

President Trump, Florida, and the poor people of Venezuela and Cuba have sent aid. People are dying; the aid is not being delivered.

Truckers and arm-twisting may be one problem: http://www.matchdoctor.com/blog_169983/THE_REAL_STORY_ON_PUERTO_RICO.html

Here's a courageous female Puerto Rican cop, a cop with ovarios, who called into a NYC Hispanic radio station to explain the halting of aid. The cops are having to turn away hungry/thirsty families, giving them nothing for their children: http://gotnews.com/breaking-puerto-rican-cop-says-san-juan-mayor-sabotaging-hurricane-response-political-reasons/

Bless the whistle-blowers and the First Responders.

UPDATE! Daddy Yankee, a pop star, showed up in Puerto Rico with Food Bank staples and water. He said, "We can't wait for govt."

"There have been unverified reports that officials in Puerto Rico were, in fact, holding back supplies unless there were accompanying photo opportunities.

And among all the pointing fingers and he said she said, the people of Puerto Rico are getting at least some aid.
That is because while governments fight, obstruct, and grandstand to advance their political careers, real people help.

"Puerto Rican native and pop star Daddy Yankee delivered what FEMA, and the government of Puerto Rico could not. He gave $100,000 in assistance to feed the people whose homes were destroyed, who were left without power or water after the hurricane struck over a week ago.

Each family on Saturday received 59 pounds of food, not including rations of water too. The box of food included rice, pasta, tuna, beans, beef and milk. Food Bank officials say it’s enough to feed a family of four for a week."