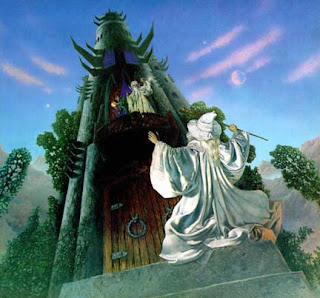 After imposition of the Patriot Act, the American and the global landscape grew suddenly prickly with massive construction of towers. The architect, Frank Lloyd Wright, had designed within landscape, so structures did not obtrude and dominate. That is so then.

In the urgent now, apartment buildings, hilltops, mountaintops, schools, water towers, steeples, hospitals sprouted thrusting excrescences, bristling with antennae, panels and drums. By the tens of thousands, world-wide, towers shot up like stilettos, appearing with the speed of draconian law.

Couple of funny, as in odd, things happened on the way to the imperial presidency:

On 9/11, twin-towering skyscrapers pan-caked down into their footprints. Concrete fell not as chunks, but as vapor and ash. Molten steel in the sub-basements burned for three months. Yet, still-living humans were photographed in the airline punch-hole way high on the tower. Firemen had radioed down that the fires were nearly contained. Then, the solid landmark, in seconds, was dust.

Legislation, hundreds of pages long, leaped from Orwell’s cadaver, already-written and ready to put in force:

We give you, as Ben Franklin once gave us a Republic, the “Patriot Act!” A title so smirkingly coy, as citizens morphed into disturbers-of-the-state. Now you see Habeas Corpus, abra-ca-dabra, and now you don’t.

Sign sign sign. Sign now, or the boogieman will get ya, in the threat of anthrax letters, anthrax from the bio-weapons lab at Ft. Detrick, MD. What crafty terrorists to have managed that, from a cave in Afghanistan, eh?

Towers went up by the thousands, for cell phone transmission, we're told, utterly essential; that’s the ticket, what the world wants. Yet much of cell phone traffic is handled by satellite. Whatever is going on, through the looking glass of mega-might smoke and mirrors?

Towers change landscape, but that’s just physical-ugly. Industry and the military-industrial behemoth have bought themselves freedom from oversight, a phenomenon old as time, of big bucks, national security, butt-out now, a done deal.

Cancer clusters is what. Being buzzed into chronic stress states and insomnia is what. Altering mood and will is way what.

Check out -- http://www.feb.se/index_int.htm -- a Swedish site, presented in English, of articles we never see in US journals and newspapers. Why ever not?

Why don’t more people know about this, for goodness sake? Marblehead, Mass, with towers imminent, wanted to know, and found a tight little US system of butt-out control --

2) The Wireless Communications and Public Safety Law of 1999, gave cell phone companies total immunity from product liability. Unlike cigarettes, you will not read in your newspaper about any high-profile lawsuits claiming cell-phone use causes brain tumors or cancer. By law, there can be no lawsuits.

3) Following the passage of the Telecommunications Act, the government stopped funding independent research on health effects from cell-phone radiation. University studies in progress in the U.S. were shut down and this highly profitable industry became the only one investigating itself. The corporate press refrains from reporting the bad news uncovered by foreign research.
http://www.wickedlocal.com/marblehead/news/lifestyle/columnists/x1713654197/COLUMN-The-antennas-are-coming

Sweden, Germany and the UK seem to be onto this a bit more than the US. For example, Glastonbury, think about it, that ancient nexus of power, of grail legend, the Mists of Avalon, the Lady of the Lake, King Arthur, Glastonbury is suddenly littered with towers. http://www.next-up.or
/pdf/Sunday_Express_WiFi_is_making_us_all_sick_We_must_ben_it_04012009.pdf

There is a peculiar predilection for erecting towers on ley lines, power points and energy vortices. (The earth, like the human body with its acupuncture meridians, is alive with energy flow.) The towers seem to corrupt harmony of flow.

Glastonbury townspeople are pissed, and calling for prosecution of the industry-paid “expert” who established allegedly safe EMF-pollution levels for the EU.

Is There a Cell-Tower Near You?

Antennasearch.com will tell you. Just type in your address, and the site gives you a list and a map of towers and antennas within a 4-mile radius of your home, with detailed information on each one (height, distance from your location, even who owns it). The database of 1.9 million towers and antennas throughout the U.S. even includes those that have pending applications.
Thanks to Cutting Edge Catalog (cutcat.com) for the above.

There’s been occasional alphabet-soup-agency and military braggadocio about controlling weather, the sheer exulting power of it. http://www.globalresearch.ca/articles/CHO409F.html

Bizarre, angular hurricane eyes and improbable storm trajectories have been noted in satellite storm tracking photos. Do the HAARP towers “help” with that? -- We talking hurricane, or “haarpicane?”
http://www.data4science.net/essays.php?EssayID=831

Weather is a potent weapon, not just as catastrophic storms, but through being able to induce drought. Drought? Yeah, crop failures, hunger, weakened enemy, that sort of thing. Or weakened citizenry, if citizens are the enemy! Sociopathy has its own circular and self-aggrandizing logic.

Towers are even sprouting up from the seabed, said to be visible on boat sonar. Cetaceans are increasingly at risk. There seems to be bottomless funding, and mum’s the word. What the heck is happening?

On an actionable level by ordinary pro-active folks, is there anything interesting going on? You betcha!

Maybe take a break, and come back for: Part 2.

On the pragmatic, before we get into modern heroic journeys, fabrics and screens have been developed which shield the body, the bed, etc. from tower and electronic-surround radiation. See http://www.lessemf.com/personal.html This company has even made a baseball cap lined with EMF-blocking fabric, in a salute to mental clarity. Forget the tin foil hat!

For EMF shielding of computers and TV’s -- http://www.lessemf.com/computer.html

How about “earthing” your bed?!! It’s a way of grounding a bed, even if it’s no-where near the ground -- http://www.sleepingearthed.com/

By home or office computers, have you ever experienced a salt lamp, with its warm earth-energy glow, and negative ions? The lamps are crafted from ancient seabed salt, mined mostly in the Himalayas, so we’re talking geologic time, with some big earth changes intervening! A 4w or 10w bulb illumines the salt colors from within, which range from ivory to primrose to peach to rich orange, and even lavender-purple. http://www.natural-salt-lamps.com/

And here we begin a tale of David and Goliath -- how the concerned, the few, the feisty have mobilized, intent on healing pollution, EMF and otherwise:

Remember the maverick MD, Wilhelm Reich? He’s the guy who came to the US from fascist Europe, wanting freedom to do research and heal the catastrophically ill. He had lived creative tumult with Viennese colleagues Freud and Jung, and then fled the Nutsi terror.

He was willing to work with terminal cancer patients, apparently with some startling healing results.

Ultimately his energy-medicine inventions were destroyed by US government sledge hammers. He was imprisoned, a surprise, in the land of the free, and died in prison the day before his scheduled release.

Reich was into life force, prana, chi, as innate healing force. If life force got blocked or distorted, illness would likely result. In his work, he called that life force, “orgone.”

A couple garage-type inventors went, hm, and fiddled with Reich’s ideas, and came up with something called “orgonite,” in a tribute to Reich's work. It’s just amazing stuff.

Can-do'ers are scattering orgonite like rose petals all over the planet, most especially around cell phone towers, weather balls and HAARP arrays!

Don Croft, an inventor, trail-blazer and bodacious adventurer, gave the cyber-world free tutorials for making orgonite. He decided to do a bigger orgonite project than ever he'd done, after watching the path of Katrina's devastation.

He, his wife, and a colleague chugged along the Atlantic and Gulf coasts of Florida in a zodiac, tossing out simple "tower busters." That effort seems to be arresting hurricane patterns, and the ailing coral reefs are healing. Dolphins come closer to shore in newly pristine waters. A website records and tracks international awareness and efforts:
www.ethericwarriors.com

A prolific gifter in South Africa brought rain to the Kalahari. http://www.orgonise-africa.net/ He and his family go on orgonite-safaris, around the Cape, up the Zambezi, out into the hinterland.

A young couple in Chile has brought rain to the Atacama, and is doggedly reducing smog over Santiago, with its gazillion towers in the city and on Andean mountaintops.

One Texan gifted the whole city of San Antonio on his own. One man, a single individual, went after smoggy LA, tower by tower, month by month, and now films are showing radiant California skies again.


Can Anyone Do It?

Gifting seems to be fun, but it's not a casual whimsy. Making orgonite (resin, metal shavings, crystals) is really putting your money where your mouth is; it’s simple to do, but the cost of materials adds up. It’s sort of like a planetary tithe.

For those who don’t want to mess with the resin, there are vendors, who make “tactical” orgonite, and pretty stuff to put on a bedside table or desk or wear as a pendant. http://www.ethericwarriors.com/ip/forum.php

Orgonite seems to be awesome by home or office computers. Vibes improve, and the office nemesis either mellows, or leaves!

Gifters in the UK take back old power points from the electro-smog overlay and underground facilities. Folks in Spain and France track weather control patterns on the weather channel, and pinpoint the towers involved; they bury orgonite there; the rains return.

A man in Bali throws out orgonite for the dolphins, ditto Hawaii. The Bali fellow reports normalized monsoon rains, and that orgonite around rice paddies has helped yield and health of plants. Another fellow is gridding Hong Kong, that cauldron of smog and pollution.

In French Switzerland, a team of friends hoped orgonite might help Lake Geneva, which had been essentially dead for years. They surrounded the lake with "earth pipes" and tossed "tower busters" into the water. Swiss newpapers then reported the perplexity of Lake Geneva clearing and oxygen levels rising!

A Japanese man took on the task of that earth- and etheric-wound, which is Hiroshima. Normal skies are returning, and the pall seems to have lifted.

Many gifters take a dim view of our chemtrailed skies. Croft helped launch further planetary effort, in the form of "Cloudbusters", another Reichian gift from beyond the grave. Please see: http://feastandfamine.blogspot.com/2010/04/chemtrails-earth-solutions.html

What on earth is going on?!