Baby, It's Cold
Outside

Never have cared for liars, or lying for profit.

While North America freezes in autumn and shovels snow, it is entertaining to hear the latest logic-contortions--coming from corrupted scientists, heads of state and news-mouths.

Whistle-blowers, who make data-waves with Global Warming rebuttals, have been fired from high-powered university and research positions. They've been mocked by political hacks preaching party line.

Government bodies may pound their chests about  "owning the weather" but cycles longer than sound bites, and even empires, may be in play. Those would be: planetary cycles spanning centuries and millennia.

Historically lots of sunspots have created periods of warmth and good harvests on earth. Most of us now alive have basked in that abundance.

We're rich in entertainment now, but poor in sunspots in this expected solar maximum.

Over the last thousand years, earth has experienced five periods of few sunspots, according to Dr. Abdussamatov, the Russian climate expert and astrophysicist:

"A global freeze will come about regardless of whether or not industrialized countries put a cap on their greenhouse gas emissions."


Meanwhile, at the Global Warming pulpit, ever-busy Obama bean-counters have calculated methane emissions from cow-belching and farts! Which will not be tolerated.

The EU's scrutiny of cow-poop in hilly alpine dairy country inspired rule-making on the angle of slope... where poop will be allowed. A Bavarian dairyman's response:

Buffalo, NY has been buried in record-breaking snow, over 70 inches (180+ cm.) in 24 hours. Do we know its like from historical record?

The miserably cold "Maunder Minimum" of the 17th century launched Brits to the New World, with rickets from Vitamin D deficiency and bad teeth. Given the cold, they considered bathing unhealthy. They reportedly stank.

"Climatologist John Casey, a former space shuttle engineer and NASA consultant... asserts that... Earth is getting cooler due to a decline in solar activity. He warns in his latest book, Dark Winter, that a major alteration of global climate has already started and that, at a minimum, it is likely to last 30 years.

"Casey predicts food shortages and civil unrest caused by those shortages due largely to governments not preparing for the issues that colder weather will bring. See: http://feastandfamine.blogspot.com/2008/06/7-fat-years-7-lean.html

"He also predicts that wickedly bitter winter temperatures will see demand for electricity and heating outstrip the supply..." http://www.thedailysheeple.com/nasa-admits-that-winters-are-going-to-get-colder-much-colder_112014

Most of North America counts on the exceptional-ism of central heating, electric or natural gas.

What could possibly go wrong? What has happened already, and what might be sound steps to take?

2) Natural Gas Lines Fail: My first winter in the Southern Rockies, the temperature plummeted to -25 F (-32 C.) Most of the homes were heated by natural gas. Pipeline flow north to sparsely populated mountain areas was cut off, to service demand in the cities.

It lasted five days in brutal cold. Businesses closed their doors. People moved in with family or friends who had wood heat.

The last electric heater going out of a hardware store caused a fist fight by the next in line. Use of small electric heaters nearly took down the mountain power grid.

I was living in an old adobe without a working fireplace. The house stayed warm for a day then faded into root cellar temperatures while I piled on sweaters and quilts. See: http://www.amazon.com/Wayfaring-Traveler-Whale-Rider-Tide/dp/1482520192/ref=sr_1_3?s=books&ie=UTF8&qid=1416486325&sr=1-3&keywords=wayfaring+traveler

3) Firewood: May be scarce this winter. My aunt lives in the country on a ranch and reports that all the locally cut firewood has been bought up by big city scalpers. They take truckloads into megalopolis and sell tied bundles for a killing.

Country families who heat their homes with wood, not just for ambiance, may come up short.

Not many of us have wood heat. Cities are actually a little scary to contemplate if apartment furnaces and water pipes go inert as snow falls.

Cities have expelled their homeless with one way tickets. How would a whole population be sheltered?

I don't know. Bless the urban planners and first responders with Mensch-capacity.

In colonial America the bedding in icy rooms was pre-warmed with long-handled, ember-filled and covered copper pans, swished between the linen sheets.

Stones warmed at the hearth were wrapped in cloth and put at the feet. Bed curtains were drawn.

Long ago and far away? A lot of the world does not have central heating.

In Britain, northern and eastern Europe, water is heated and poured into covered hot water bottles which stay toasty warm till morning.

I mentioned this to a friend, as good for a chest cold, reliable in a power outage, and better for health than emf-emitting electric heating pads. It struck her as ancient history; she laughed.

It may seem silly while we're warm and snow drifts prettily to the windowsills--an aesthetic rather than a visceral experience.

Hot water bottle covers can be knit, sewn or purchased and represent low-tech luxury on a cold night:

Remembering the unwashed Pilgrims, a solar shower is not a bad idea. People used to bathe once a week, or hope they could. Sun once a week could bathe a family.

While I was tenting, a solar shower, hot and plenty for shampooing, approached ecstasy.

What about heating water for tea or coffee and cooking a hot meal when it's freezing cold and there's no "power?"

This is a small scale issue, and one that families and neighborhoods can reasonably consider:

Barbeque grills are inefficient, soon run out of charcoal and make a mess. The natural gas-fired ones burn too much fuel for simple meal prep.

For those with some access to the natural world, very interesting low-tech genius has been on the job: a wood-burning backpacking stove! You can prepare tea, hot chocolate or a meal by burning twigs. SoloStove.com

Solar ovens do work in winter, assuming sun. Actually I didn't get much winter use out of the one I had in cloud-gripped Maine.

Now at high elevation and bright most of the year, I solar-cook quite often. I see that the oven below will be back in production soon:

I've mentioned a can-do friend in my wayfaringtraveler storytelling venue. He lives off-grid where most homes do not have adequate photovoltaic power to slow-cook beans.

He takes a large crock pot to a wealthy home with a big solar array and cooks Food Pantry pinto beans for eight hours and delivers ready-to-eat food to poor neighbors.

That got me to thinking. That's a lot of electricity when there may be none... but crock pot slow-cookery is a good idea...

It's some variation on a heavily insulated surround for a pot which has been heated on a stove, woodfire or camp stove for 10-15 min., then buttoned up in its insulation and ignored for up to 12 hours.

(Straw bales have been used, or a stone-lined, straw-packed hole in the ground. And even pillows of all things; see below.)

There are various plans on line, and sewing instructions for pillows stuffed with wool or tiny Styrofoam beads.

In my research wanderings, I've e-met an entrepreneur and preparedness wiz who makes and markets an affordable, ready-to-go Wonder Oven. She is articulate in explaining what works and doesn't: http://preparedineveryway.com/blog/

We have here a few starter solutions to big doings which are massing beyond human control, all hubris aside. It's shaping up as a challenging time to be alive. We can initiate some common sense, however, and we can start small. 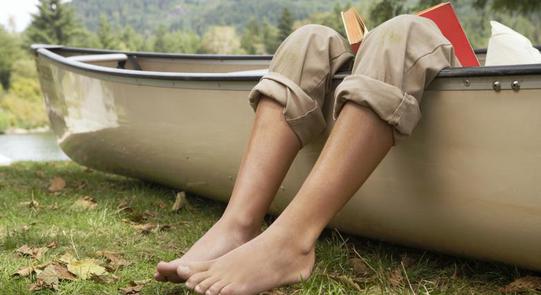