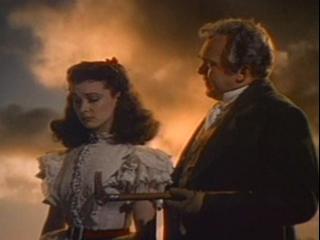 Land, the Only Thing that Matters

When I had an organic farm, and thought I'd live there forever, I knew that fertile soil, sweet water and fruitfulness endure as store of value.

About living there forever, with no warning, a Power Company defoliant nearly offed me. The farm and ten years of my out-poured heart were sold.

Am less certain now about enduring value, though I still ache for land to steward. I ruminate, like a bovine in a meadow chewing its cud, four land-based concerns:

1) This age of greedster-grab has devoured land in mortgage fraud and bank repossession, an old game reprise from the Great Depression and the Bitter Years. Perhaps foreclosed property-glut will help with land purchase, a possible benefit, though not to those rendered homeless by the fraud.

2) Earth changes of unknown incursion make me wonder deep in the night about the certainty of acreage. I had wonderfully enterprising friends on the coast of Maine, with a quite small though well-managed and profitable farm.

I look back in my mind's eye at their beautiful setting on the water, and feel uneasy. Sea coasts and river floodplains are so ineffably lovely, often fertile, but not necessarily safe.

Both mother sea and mother earth seem restless under the flaming eye of sun and cosmos. Lands are rising beneath the sea, and sinkholes continue to astonish. Earth does not lie inert and seems to be on the move. Diasporas may follow.

3) Although there is finally active debate in America about the legality of Executive Orders, few realize the game plan--signed and waiting like wolf traps to snap the legs out from under ownership.

The E.O.'s, in the event of national emergency, give authorization to confiscate pretty much everything--farms, homes, businesses, mineral and water rights, boats, vehicles. You get the drift.

And also, authorization to transport people elsewhere, even separating families. Somewhat reminiscent of of an earlier "Cultural Revolution." But, hey, this is America, right? The America where greed-grabs and plunder of the Commons are not yet done.

4) The US is brinking on crop failures and emptying of supermarket shelves. Why? In Monsanto-land, the former breadbasket of the world, the Great Plains heartland, drought is massing:

That murky brown on the map above warns of extreme crop failure drought. Note California, 2014, where irrigation water has been cut to zero for orchards and farms.

The Mississippi River is or was a super highway of barges transporting grains, coal, the necessaries of life as we've imagined it.

The river dropped so low in 2013 that barges were docked and immobilized. Count on higher food prices dead ahead, and a dismal repetition of "Sorry, temporarily unavailable."

What else holds value? The promises of government and corporations to honor their pension commitments?  Campaign promises to end bellicosity?

In a hit-me-up-the-side-of-the-head cognitive dissonance, bankruptcy of improvident governments may turn out to be the promise kept.

Too broke to enforce Hitler-esque dominion ... Too broke to plunder citizen and other nations' wealth.

As an aside, I had a first-generation German-American friend, his parents refugees from divided Deutschland, the East Zone. The father's side of the family had been very well-to-do, with fertile and productive farmland and holdings tended for many prosperous generations.

After the devastate-a-generation carnage of the First World War, my friend's paternal grandfather, heir to the land, returned shell-shocked and not fit to run anything.

He made a decision, affecting my friend and his children, if he's had any. As Germany entered Weimar insanity of hyperinflation, the grandfather dug up inter-generational family wealth of gold Reichsmark coins and converted them into paper money, which was indeed increasing.

He succeeded in endpoint devastation, losing everything. My friend's parents emigrated with the clothes on their backs and little else. My friend learned a trade, hoping to save enough for college, which never happened. His father died of alcoholic cirrhosis.

So, what holds value? Land, with some caveats. (I started to say, reservations, but that brought up Native Americans herded onto wasteland.)

Perhaps not paper money as store of value, nor stock certificates or ATM's. Many preppers stress the yellow metal and ability to defend the hearth.

FDR of course declared the US bankrupt in 1933 and invaded citizens' "safe deposit" boxes during his declared Bank Holiday. His agents confiscated the yellow stuff, compensating depositors with paper money.

Despite all disastrous appearances to the contrary, I consider heartening the reality of young folks choosing useful skills, including land stewardship. Many are opting out of the diploma mill, leading to no jobs and lifelong debt. Common sense will emerge.

I trust land and those who tend and love it, and hope four-season farming and gardening capture the global imagination as do-able and sensible.

Until that gear-grinding though halcyon day, what holds value?

Considering history and known unknowns, I wonder if sane family, neighbors, gardens and community hold more store of value than any glossy come-hither of the buy-buy world.

Posted by Yeoman Gardener at 3:12 PM