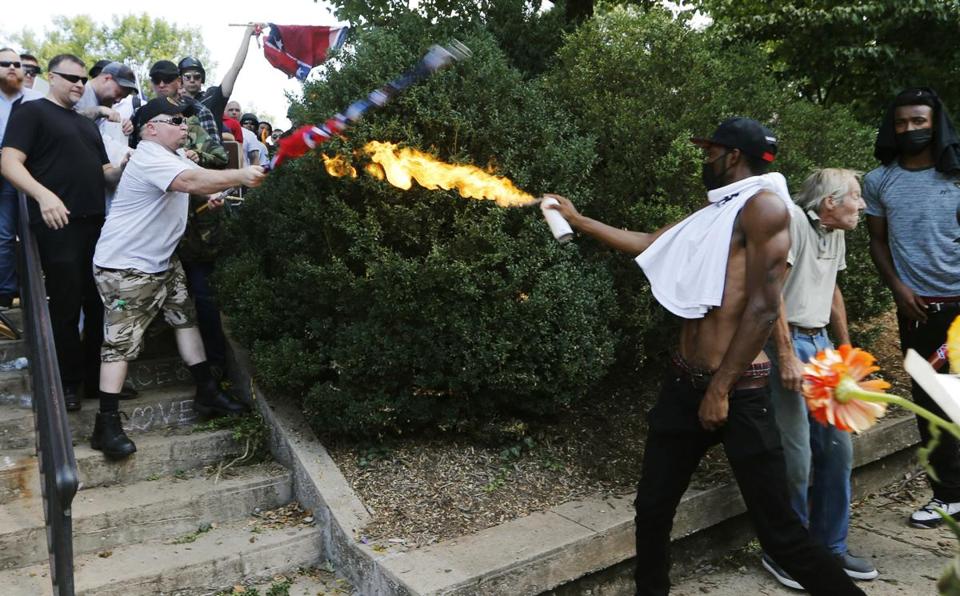 Guy with flame identified as from U. Nevada
http://c.o0bg.com

Well, it may be the oldest power ploy on earth.

Those fearing loss of power due to economic downturn, crop failures.... or wait for it... exposure of malfeasance, shift into high gear:

Create an enemy, that's the ticket!

Krauts
Yellow Peril
Chinks
Osama bin Laden, aka Tim Osman, CIA-asset
(Thanks to a reader for catching the aka.)
Saddam Hussein & WMD's
Current POTUS, and those who voted for him

Speaking of not distant power-grab history, I once read a riveting account by an elderly Austrian lady. She was alive in the 1930's global Depression and Nazi era. The Austrian economy was terribly hard hit with unemployment, inadequate food, despair.

Enter... Adolf Hitler and the Anschluss! He promised safety and full employment. Many Austrians, but not all, welcomed the economic saviour and promised relief. 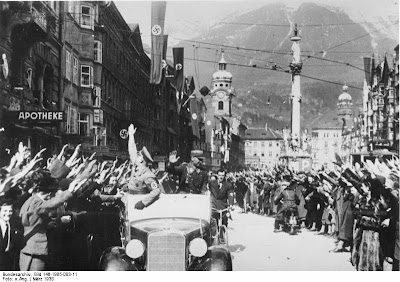 Thanks to poisonpage.blogspot.com for the archival pic

He did employ Austrians, and soon slave labor, for his war machine.

Small print not realized by Austrians--a mountainous land where people hunt to feed their families, and heads of family had known the violence, rapine and plunder of centuries of war:

Hitler promptly demanded registration of all guns, for safety's sake, which then made confiscation of Austrian rifles and guns straightforward.

Thus, ensuring there would be no internal insurrection against Nazi barbarism and tyranny...

Power-mongers feed off chaos, the energetic thrill of it, and the save-me-oh-save-me opportunity to offer draconian solutions, and to impose martial law.

The US and allies have created the EU/UK refugee crisis: bombing, bombing--allegedly for regime change--in oil, opium and mineral-rich regions.

Globalist interests are funding the mass migration of 18-25 year old young men, marketed as refugee families. The PR worked, the "families" were welcomed with banners, balloons and teddy bears.

Dense migrant populations in the EU have imposed Shariah Law, and entitlement violence against women and non-believers.

Areas are being designated as "no-go zones"... by the police.

Stockholm is now known as the "rape capitol of Europe." 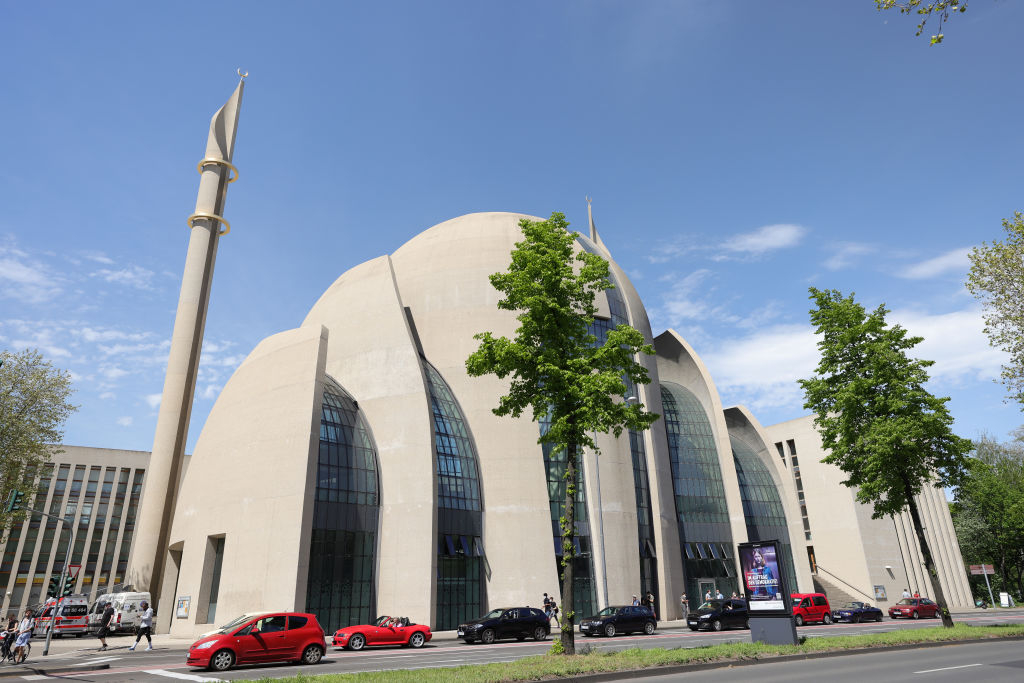 Government and gov-controlled media, the apparently suicidal politically-correct, permit no mention of perp-ethnicity.

A particularly brazen imposition of chaos has intruded on the already troubled USofA, to wit, soros-funded business opportunities for the unemployed in a down economy.

Here is the ad offering $25/hr. to the rioters who were delivered to Charlottesville in 6 buses. Staged violence and theatre. Who pays their legal and hospital fees..?

Are you looking to create a buzz anywhere in the United States? At Crowds on Demand, we provide our clients with protests, rallies, flash-mobs, paparazzi events and other inventive PR stunts. These services are available across the country in every major U.S city, every major U.S metro area and even most smaller cities as well. We provide everything including the people, the materials and even the ideas. You can come to us with a specific plan of action and we can make it happen. OR, you can approach us with a general idea and we can help you plan the strategy then execute it.

We’ve made campaigns involving hundreds of people come to action in just days. We have a proven record of delivering major wins on even the toughest campaigns and delivering phenomenal experiences with even the most logistically challenging events.

Our services are now available throughout the United States, so whether you’re looking at doing a single event or a multi-city campaign, we have the resources available to achieve your goals.

Reach out to us by filling out the form below with as much detail as possible. From there, we’ll get back to you quickly with some ideas and pricing. Thanks again! We look forward to working with you.

How can we help you? (please include as much detail as possible). Details might include some of the following: Why you're reaching out to us, What services you're interested in, Your objectives, The date(s) and Time(s) of the event or campaign, Location(s) for the event or campaign, Your approximate budget, etc. If you aren't comfortable including every detail, please at minimum let us know what type of services you're interested in (Protests, Rallies, Corporate PR Stunts, Celebrity Events, etc).(required)

Actors and Photographers Wanted in Charlotte hide this posting
compensation: $25+/hour
Crowds on Demand, a Los Angeles-based Public Relations firm specializing in innovative events, is looking for enthusiastic actors and photographers in the Charlotte, NC area to participate in our events. Our events include everything from rallies to protests to corporate PR stunts to celebrity scenes. The biggest qualification is enthusiasm, a "can-do" spirit. Pay will vary by event but typically is $25+ per hour plus reimbursements for gas/parking/Uber/public transit.

For more information about us, please visit www.crowdsondemand.com

If you're interested in working with us, please reply to this posting with the following info:

-Full Name
-Prior relevant experience (as an actor/performer, photographer, brand ambassador, political activist, etc)
-When are you usually available for work? Reporting and writing from the Rocky Mts.
Posted by Yeoman Gardener at 2:12 PM