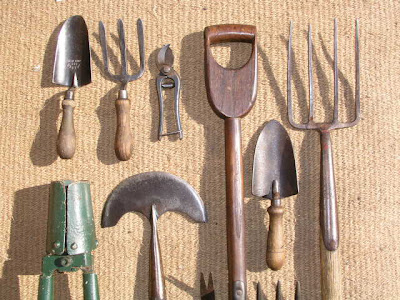 Here we are, wherever we are, with most of us listening to the daily doom of the nightly news, including the media-meme of imminent, any time now, pandemic terror.

That may be, or it might be a wild grasping at justification for martial law and continuance of government, as it is now imagined.

In the quiet of the evening of our own imagining, let’s revisit a home remedy, centuries-old, which can be of quiet service to family and community. It‘s called, "Thieves Vinegar."

A rip-roaring pandemic did rage through Europe in the Middle Ages, the “Black Death,” the highly infectious bubonic plague. Millions died; towns and villages were quarantined, as the only known method to contain the infection.

In the midst of this apparent apocalypse (Think, Ingmar Bergman's,"The Seventh Seal"), a group of thieves, the story goes, performed the outrage of slipping past quarantine in dead of night to steal from corpses.

They made off with gold coins and jewelry. And somehow lived unscathed, to steal again.

When finally captured and convicted, the judge offered a less gruesome death sentence, if… if they would reveal their secret.

The medicinal herb vinegar, used to disinfect their hands and which they took internally, is still formulated today and sold in French pharmacies! Why, for goodness sake, after all these hundreds of years?

The medicinal herbs have been studied and found to be immune-enhancing and potently anti-microbial, against viruses of all kinds, bacteria, fungi. Without the side effects and loss of effectiveness of antibiotics.

(This should in no way be construed as medical advice; see your physician.)

You’ll find a kitchen remedy recipe for Thieves Vinegar following a brief, eye-popping exploration of epidemics and vaccines. Skip ahead, if you wish.

Epidemics Past and Future:

Illness as weapon has a dark history, including tossing dead animals down community wells, catapulting plague corpses over besieged castle walls, and giving smallpox-infected blankets to Native Americans, who had no resistance, and died by the millions.

This dark-path ingenuity has grown more sophisticated. Scientists work to increase the lethality of infections at bio-weapons laboratories, including America’s Ft. Detrick.

Scientists have recently resurrected the gene sequencing of the 1918 Spanish Flu, for “study,” raising concerns, including the "Law of Unintended Consequences."

In 1918 America, for example, a massive immunization program had been undertaken with left-over vaccines of the 14-25 which had been experimentally administered to WWI soldiers (some of whom had promptly died in the doctor‘s office after multiple jabs).

The 1918 Spanish Flu epidemic which followed, had symptoms of a conglomerate disease and is thought to have caused 20 million deaths worldwide.

Anecdotal report by an attending physician suggested that families who had not been vaccinated were unaffected by the disease. http://www.whale.to/vaccine/sf1.html

Experimental vaccines continue to be administered at present, and are suspected as a factor in “Gulf War Syndrome” which has impaired many thousands of young and formerly fit military personnel. http://www.gulfwarvets.com/

1) Contamination by cross-species viruses/live viruses due to culturing in eggs or monkey kidneys. Polio vaccines of 1955-1961 are now known to have included a carcinogenic monkey virus (SV40), for example. http://www.ncbi.nlm.nih.gov/pubmed/10472327 and www.drcarley.com

2) Vaccine preservatives of mercury and aluminum have been linked to autism, learning disabilities, and Alzheimer’s. Vaccines may also contain formaldehyde and aspartame. See cautionary warnings from holistic MD‘s: http://www.russellblaylockmd.com/ and
http://www.mothering.com/articles/growing_child/vaccines/aluminum-new-thimerosal.html

3) Insufficient testing before release of new vaccines. (The FDA has accepted research performed by the vaccine manufacturers! Caveat emptor.) Contamination and harmful/lethal side effects become apparent after the fact.

Adverse reactions are under-reported. A former director of the National Institutes of Health, Dr. James R. Shannon, stated, "The only safe vaccine is one that is never used."

4) Pharmaceutical Corporations have spent a king’s ransom lobbying Congress for protection from citizen-outrage litigation due to vaccine harm. BigPharma has succeeded in securing immunity from lawsuits.

5) Mandatory Vaccination. Congress has rubber-stamped Bill of Rights-gutting legislation, post-9/11. In the event of a declared national emergency, mandatory vaccination may be imposed, or attempted. Vaccine exemption forms by state or country are available online, for personal or religious reasons. http://www.vaclib.org/exemption.htm

6) A Shot across the Bow of Our Constitutional Rights: In 2007, parents of school children in Prince George’s County, Maryland were intimidated into compliance -- 2300 unvaccinated children had been summarily expelled from school. The State’s Attorney General warned, Parents Must Immunize Their Children Or Go To Jail.

No mention was made of the waiver option. The imposition of controversial vaccines is a factor in parents deciding to home-school.

Do we roll over and play dead as invasive protocols are imposed, unchecked by apparently-neutered judicial and legislative branches of government? Or will we draw a line in bureaucratic sand, for the sake of family/community health and commonweal?

Stock in the following --

Let steep for 6-12 weeks (it just gets better) stirring once a week with a wooden spoon. Pour through a jelly bag into large jar, non-metal bowl or pot. Using non-metal funnel, pour into brown, green or cobalt bottles. Store in a cool place, root cellar, or fridge.

There are several versions of Thieves Vinegar. The above recipe is pleasant to take and can be effective for symptoms of cold, fever and flu, or to have on hand in the event of scarier scenarios.

The aromatic vinegar can be taken daily as a tonic and preventative, and more frequently after onset of illness. Adults, take 1-2 tsp Thieves Vinegar and 1 tsp honey in a glass of water first thing in the morning (or, use 1 tsp maple syrup, which dissolves more readily.)

Children could be given 1/4 - 1/2 tsp Thieves Vinegar in a glass or baby bottle of juice.

"Thieves" can help restore and maintain healthy digestion and elimination, and even help protect travelers from the tiresome, lingering infections now so common after plane flights.

Remember your stash of Thieves Vinegar if you wake some night in a funk. Make your way to the kitchen; have some in juice or water. Tuck yourself, or a fretful child, back into bed.